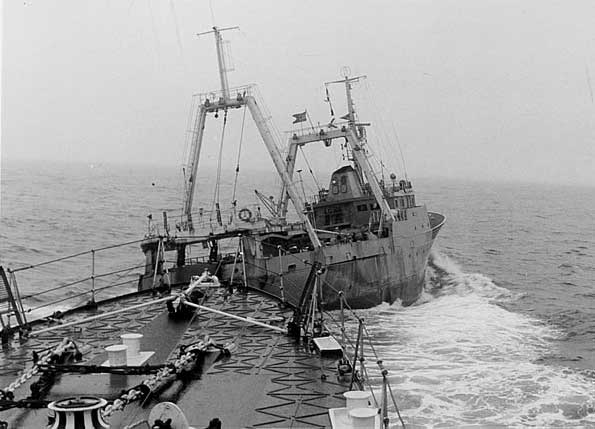 The cod wars were a series of disputes between Britain and Iceland running from the 1950s to the 1970s over the rights to fish in Icelandic waters. The peak of the
Cod Wars saw thirty-seven Royal Navy warships mobilized to protect British trawlers fishing in the disputed territory. While the wars were eventually settled through diplomatic means there was conflict between British naval vessels and Icelandic ships out at sea. The Cod Wars showed how seriously nations took their fishing rights, and the lengths they would go to in order to access rich fishing grounds.