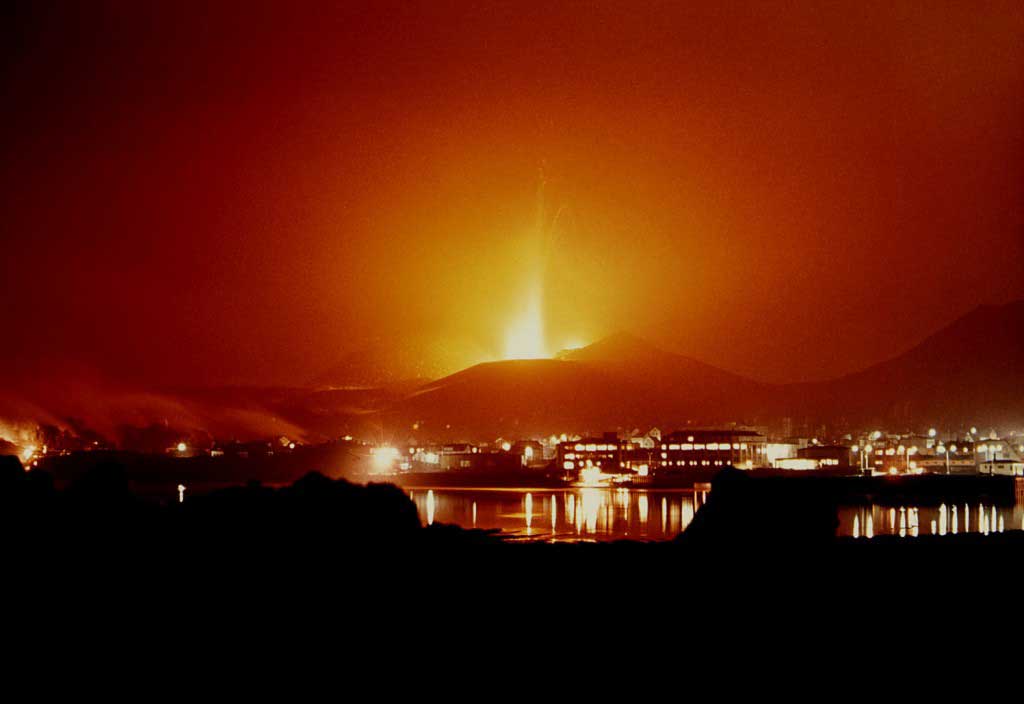 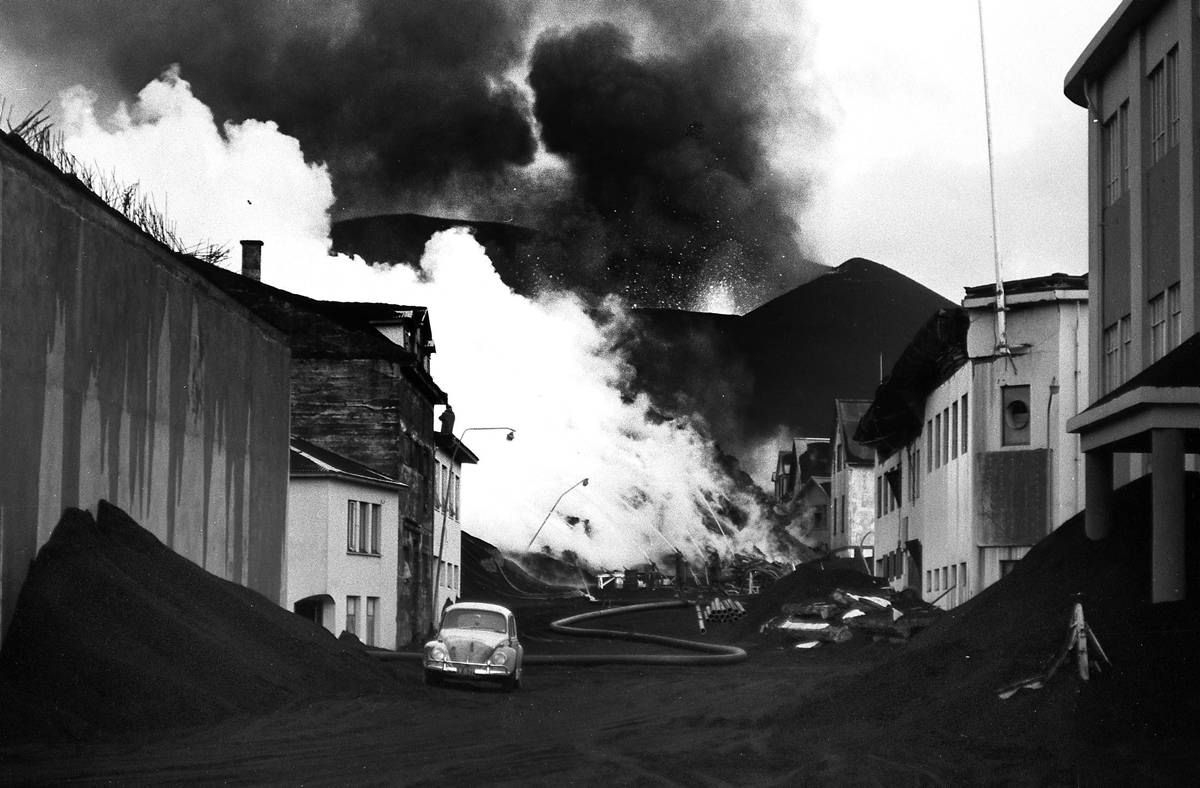 Eg lifi….Vestmannaeyjagosi› 1973 A three part (3x40min plus a 52 min international version) documentary on the first ever volcanic eruption to happen in an urban area were 5000 inhabitants had to be evacuated in the middle of the night. The Helgafell volcano erupted for 6 months lava covering over 1/3 of the town and ruining over 400 houses. After the eruption stopped 2/3 of the inhabitants moved back to start a new life in this active volcanic area. Broadcast on Channel 2 in January 2003.