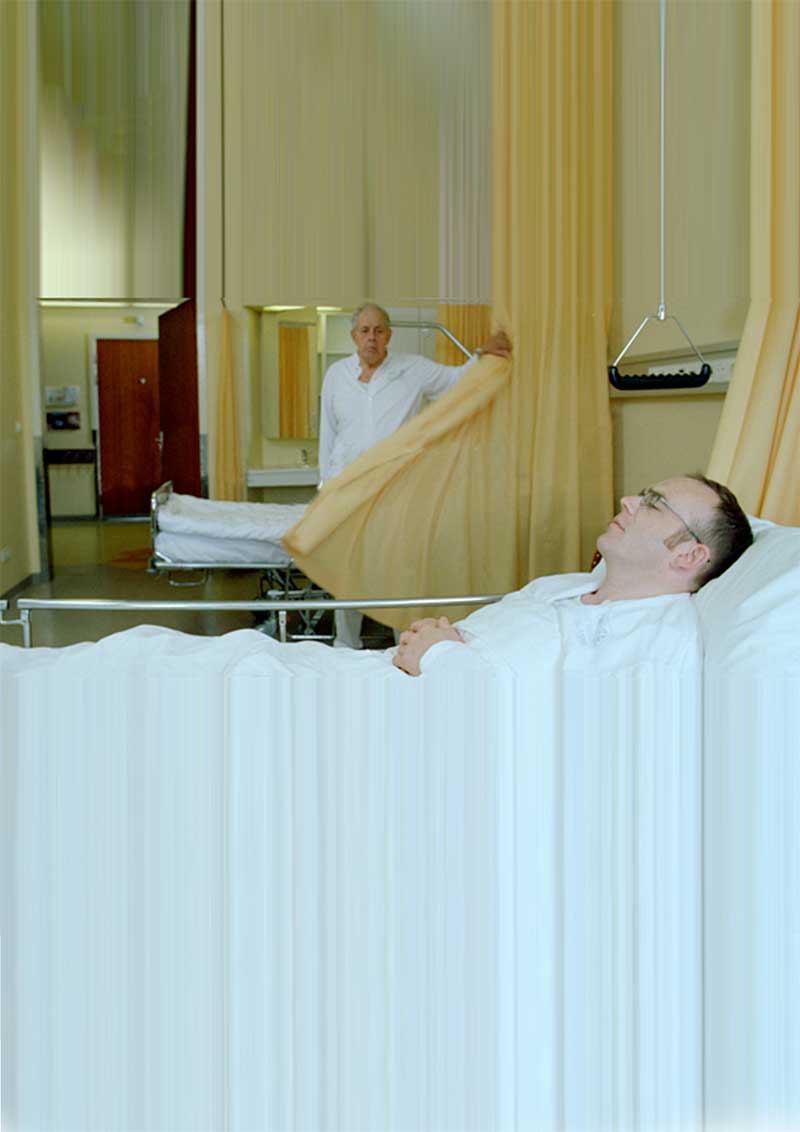 A young man has to go to the hospital for an operation. Upon his arrival he watches paramedics roll out a deceased person from the hospital room he is about to be checked in to. Lying in bed with nothing to do his mind starts to wander. He strikes up a conversation about life with an old man who paints a rather dark picture of what can happen during one’s stay in a hospital. The old man shares his ironic philosophy on life, causing him great anxiety. Will he make it out alive?