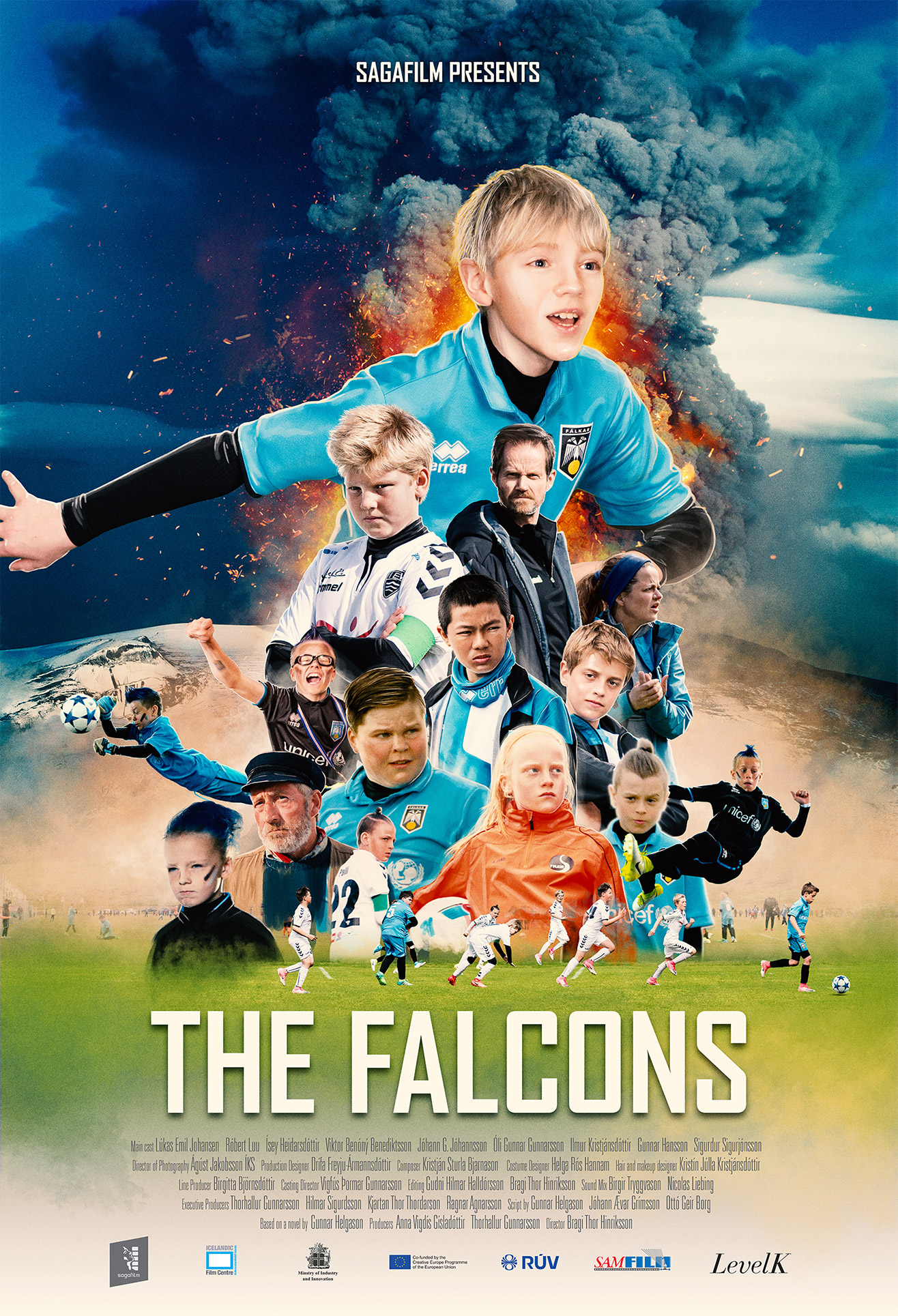 In the The Falcons, we follow JÓN (10) and his teammates as they travel to Westman Islands, a large island off the south coast of Iceland, to take part in a large football tournament that is held there every summer. Through exciting matches Jón discovers a whole new side of himself as a football player and finds that he can take on more responsibility than he ever imagined. Especially when he accidentally breaks his team captains arm during one match.

The boys’ lives take an unexpected turn, however, when they witness ÍVAR (10), a player in one of the opposing team, getting roughed up by his father TÓTI. The otherwise lighthearted and adventurous football tournament turns into a dramatic rescue mission where the boys try to save Ívar from his father. But it’s easier said than done when nobody believes the boys and when even the Chief of Police and Tóti’s brother doesn’t want to listen, the boys need to muster up every ounce of confidence to find a way to prove what really happened and save Ívar from his broken home.

Jón and Ívar, sworn enemies on the field, go together on an emotional journey with both dramatic and exciting consequences and find a friendship that will endure – and a nearby volcano will wake from its slumber.

The Falcons is based on the first book in a series of popular children’s books about Jón and his friends, written by the acclaimed children’s author and entertainer Gunnar Helgason. With their vibrant mix of exciting football stories and genuine and affectionate stories of growing up, these books have been a massive hit with children and have sold in record-breaking numbers.