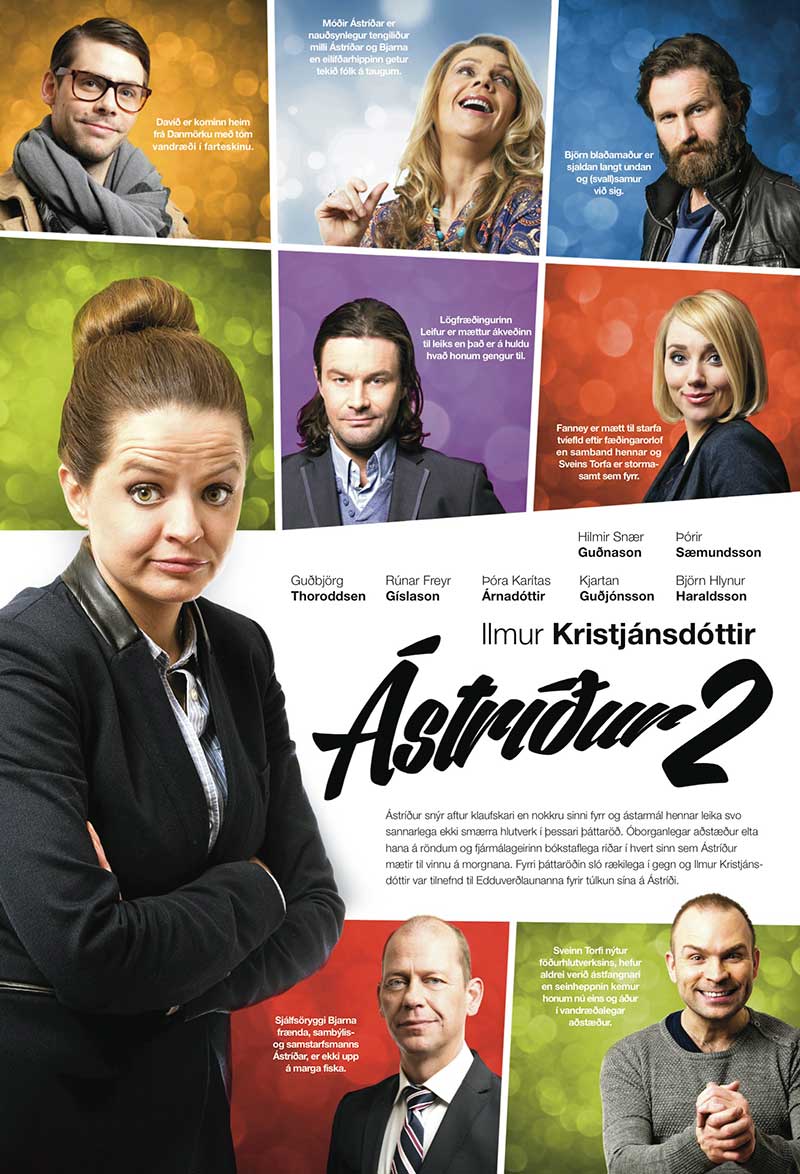 Astridur, a woman in her early thirties has just moved back to Iceland,in the spring of 2008 before the economic meltdown, from Denmark where she lived and studied, she leaves behind a way of life tainted by her mother’s liberal upbringing and her free spirited boyfriend. A recent graduate from business university, Astridur starts a new job at a large firm in the finance sector and tries to find her footing. It doesn’t start well, her floral outfit, big necklace, embroidered bag and big mouth show just how out of touch she is with finance fashion and etiquette. Luckily she finds a friend in her uncle who works at the same firm who tries to help her in between his own hilarious mid-life crisis induced problems. In the second series Astridur is in a bad place. She’s angry and bitter and doesn’t handle her job very well. the series progresses we see how our heroine gets a grip on her life and comes to terms with her situation. But that journey is a turbulent and stormy one.

In development as remake: USA and Sweden.