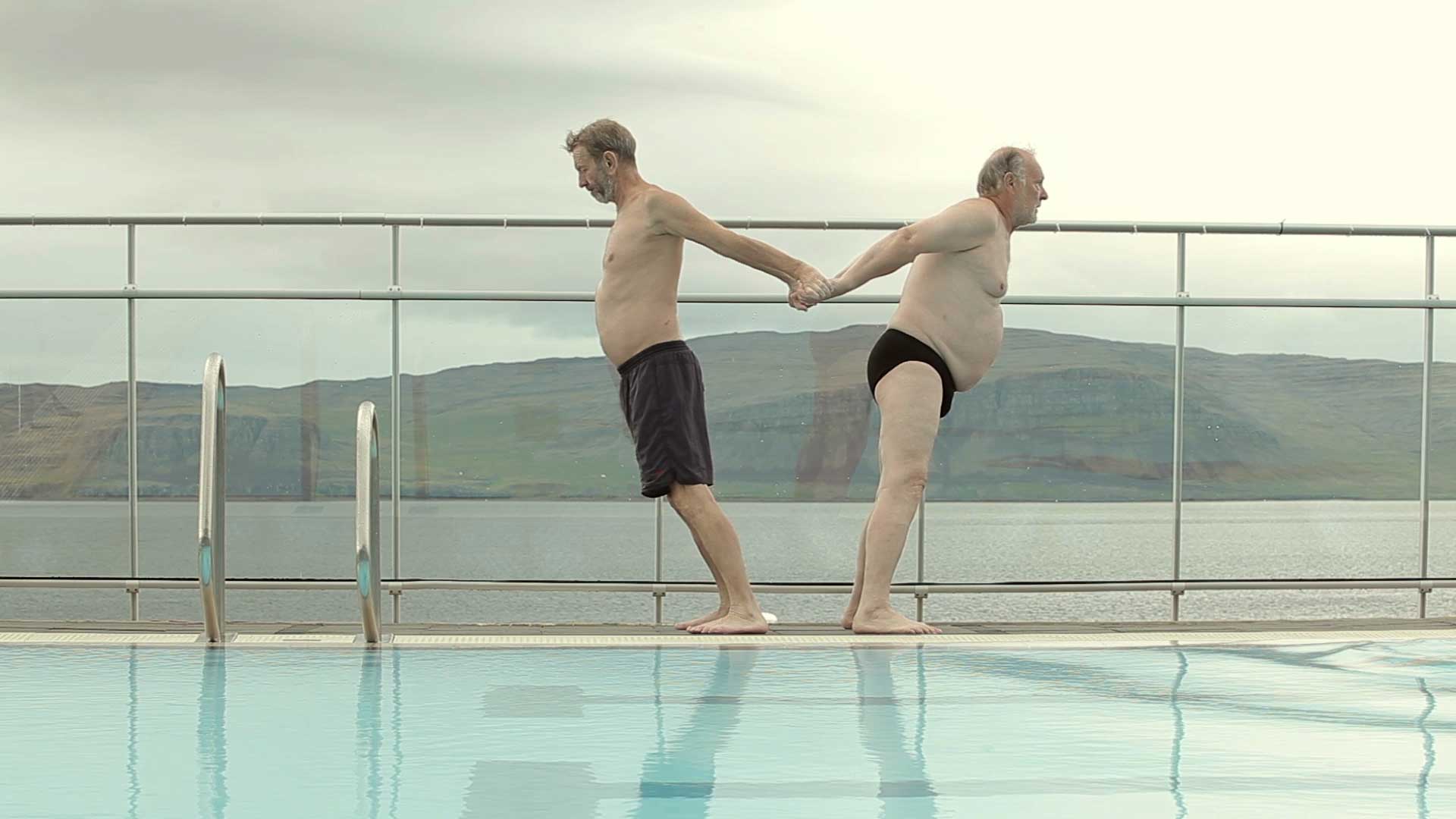 In the desolate fishing village of Patreksfjörður, two men in their seventies share a life together. Their lifelong friendship and comradery comes under a violent attack when an attractive woman their age, suddenly appears in the local hot tub.