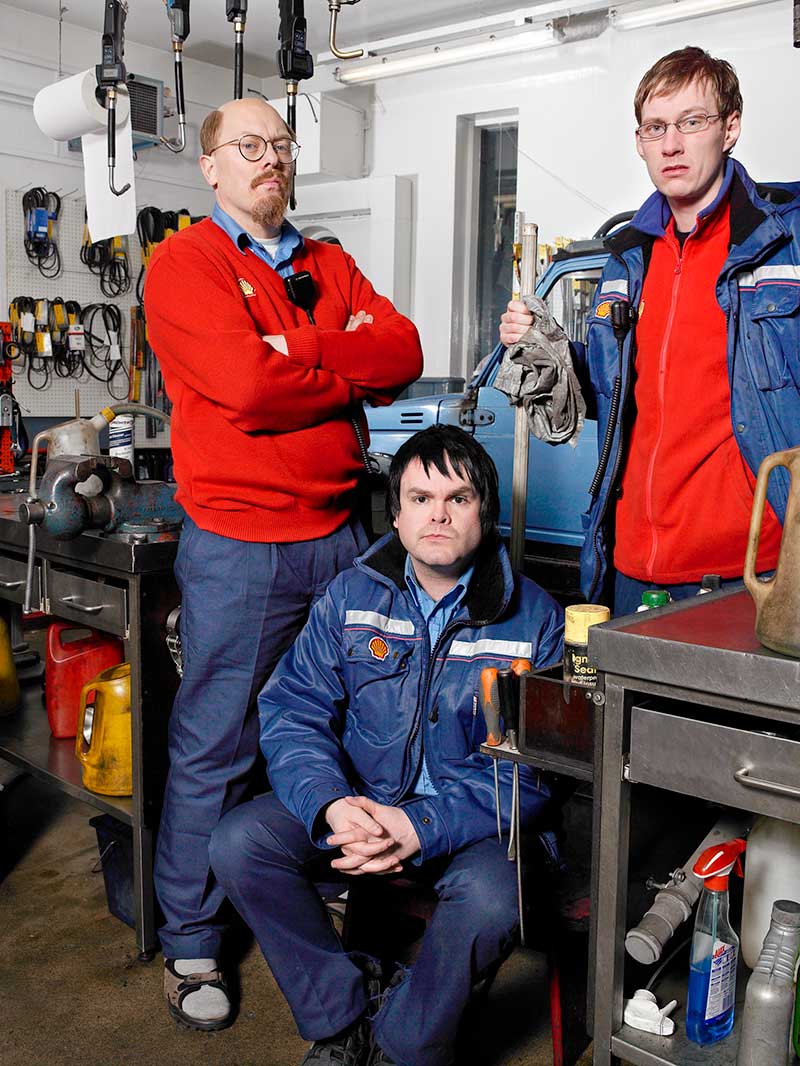 The series takes place during night shifts at a quiet gas station in Reykjavik. The station manager, Georg Bjarnfredarsson, is an archetypical, over-educated communist, holding an impressive five University degrees, grabbing every chance to emphasize this fact. He lives by a strict set of rules of his own invention, mostly involving weird dietary regulations and anti- capitalist propaganda. The fact that a man of his qualifications is working at a gas station has instilled an inordinate amount of bitterness in him. His underling is Olafur Ragnar; A man-child, lost in his dreams of being a manager for a successful band, constantly chasing down anything that glitters and emulating faux pop culture coolness. Into this environment comes Daniel, a medical school dropout who is slowly severing all ties with his family. In an off kilter way The Nightshift deals with a hotbed of social issues, ranging from immigration and politics to women’s rights and fame through characters sprinting down a path of self destruction.

In development as a remake: USA, UK, Germany,Sweden and France.