DOCUMENTARIES
The Show of Shows 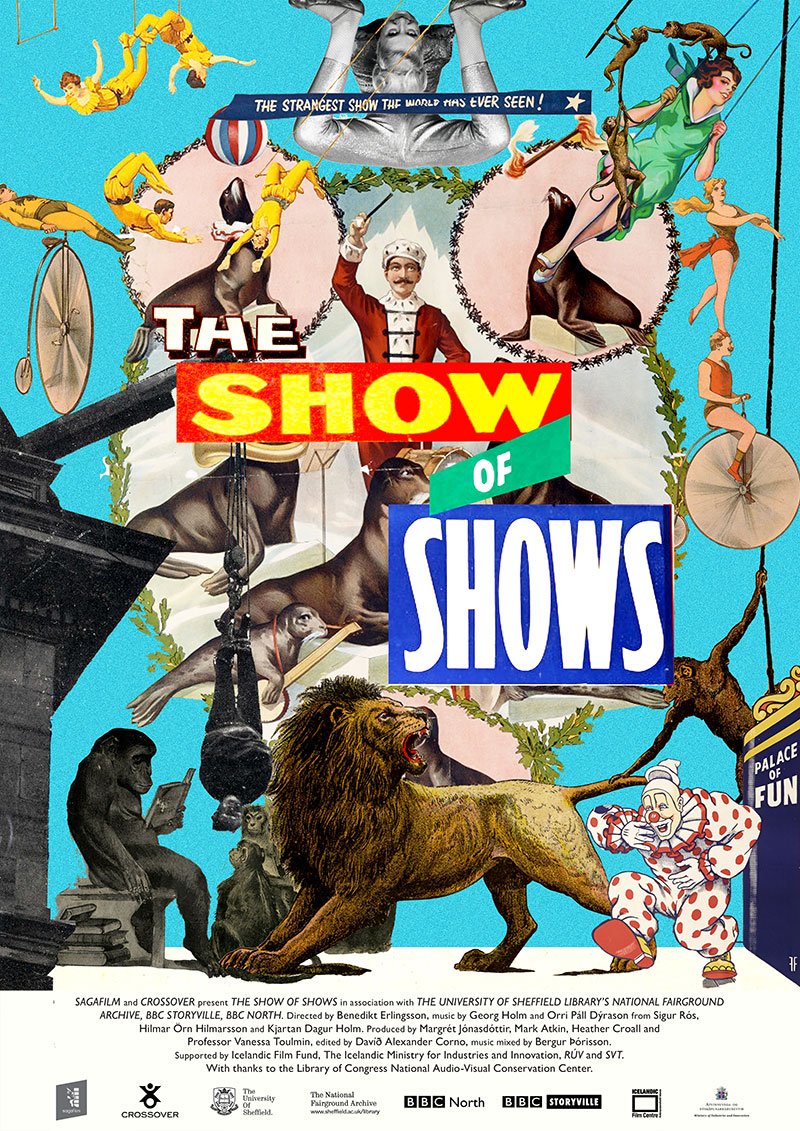 Roll Up, Roll Up for an unforgettable experience! The Show of Shows tells the story of itinerant circus performers, cabaret acts and vaudeville and fairground attractions. In this film, rarities and never-before seen footage of fairgrounds, circus entertainment, variety performances, music hall and seaside entertainment are chronicled from the 19th and 20th century. We will see early shows that wowed the world and home movies of some of the greatest circus families. Director Benedikt
Erlingsson takes us back to the days when the most outlandish, skillful and breathtaking acts traveled the world. This rich visual archive has been created with exclusive access to The University of Sheffield’s National Fairground Archive and is accompanied by an epic new score by Georg Holm and Orri Páll Dýrason of Sigur Rós, in collaboration with Hilmar Örn Hilmarsson and Kjartan Dagur Holm.
A Sagafilm/Crossover Production in association with The National Fairground Archive for BBC Storyville, BBC North, RUV Iceland and SVT in Sweden. Supported by the Icelandic Film Fund and the Icelandic Ministry of Industries and Innovation.

Awards: The Jury Univercine Award at the Festival Univercine Britannique 2015.