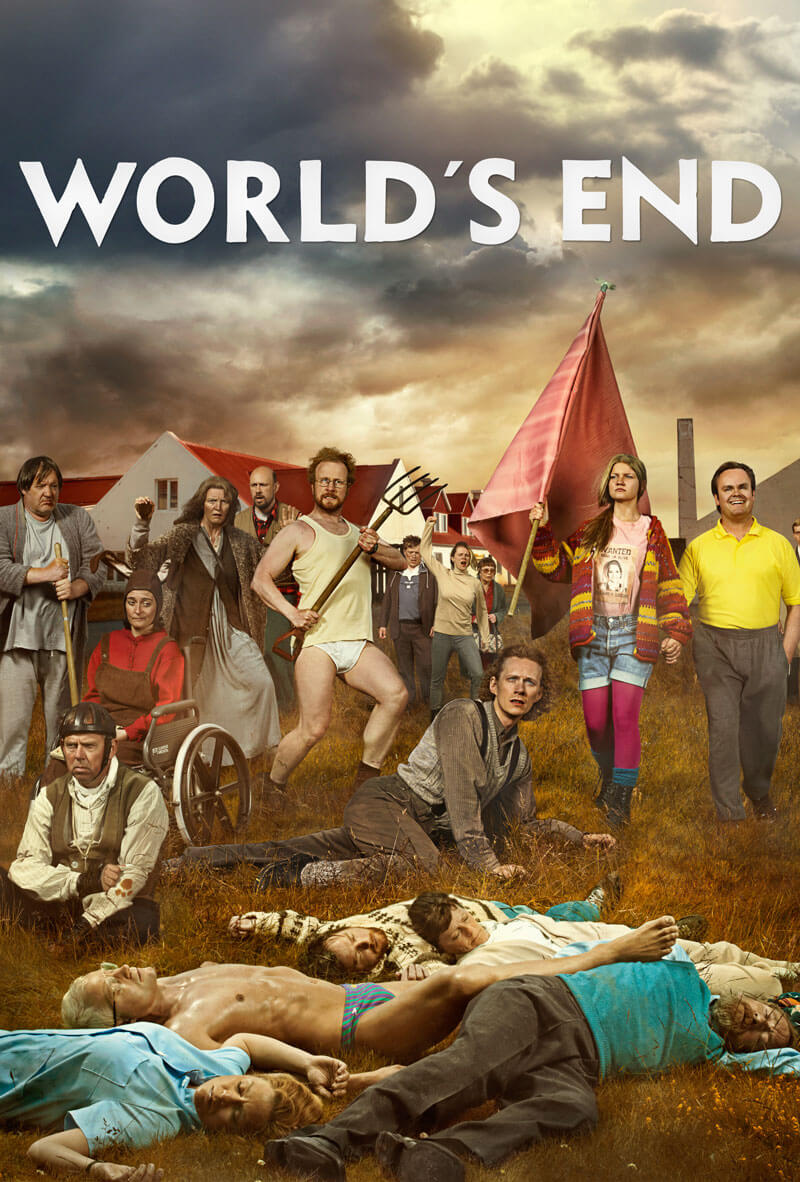 The series can be described as being “One flew over the cuckoo’s nest” VS “The French Revolution”. Set in 1992 at an isolated mental hospital on the outskirts of Reykjavík. The hospital, referred to as “World’s End” is a last stop for many mental patients. Elementary school teacher Einar is committed against his will after a severe nervous breakdown. Once there he meets the ever positive but slightly jumpy Ludvik, an occupational therapist. Ludvik is driven by the need to make a difference. Einar is critical about how things are run and before long he’s gotten most of the patients on his side, rooting for change. Finally, fed up with his arguments falling on deaf ears, he stages a revolution and takes over the hospital and it’s staff, declaring its premises a state within a state. This new utopia creates its own constitution where everybody gets to do exactly as they please and nobody has to take their medicine anymore. Before he knows the peoples revolution has been stolen by a dictator!

In development as remake: USA.